I had a plan for my life. 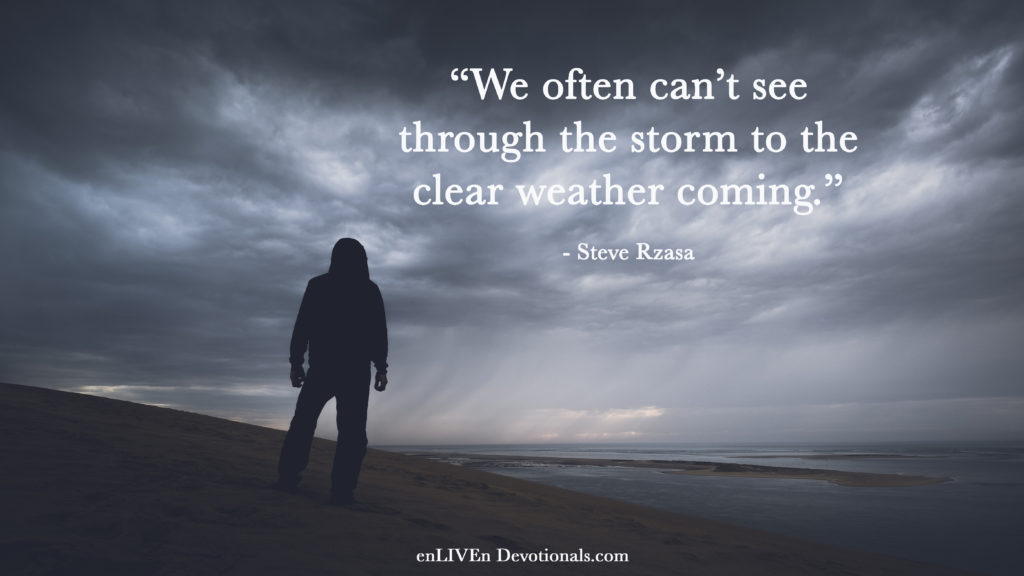 Fresh out of college, with a new wife, a new journalism degree, and a not-so-new apartment, I could see my career path ahead—years at a community newspaper, eventually becoming an editor in charge of a squad of reporters, with a growing family. Along the way, someone would publish a book of mine and then I could quit the rat-race to focus on writing science-fiction full-time.

As a Believer, I knew, of course, that God would support that plan. Why wouldn’t He? He wanted what was best for my life, and I’d done a good job coming up with a helpful outline.

It became rapidly apparent whatever plan I’d determined was not going to unfold by its bullet points. Whether it was a frightening but ultimately sustainable health issue, or the premature birth of our first son, or the pressures of a job that was far more complex than I learned about in school, the career and life path developed speed bumps and potholes.

Through all these things, I was fearful and troubled, but I never doubted God. Sure, I was angry at times, despondent at others, but overall, my faith rebounded.

Then came the move that took us across nearly the entire United States, to a new home, and a new job. The life plan proceeded. Ten months later, I was fired.

The loss of employment is difficult for anyone, but it’s an especially devastating position to be in when you’re a Christian man who’s been urged to provide for his family as the sole breadwinner. We without prospects, in an economy that held little promise.

And I had no book to show for all those years of trundling along.Those were my darkest depths. I couldn’t believe God had let this happen. Not just to anyone, but to me. And don’t we all think that, at one stage in life or another? We’re appalled when “bad” things happen to others, but downright outraged when they happen to us.

Of course, that’s when the Lord showed me just how little control I had. “Are you done complaining? Good. Now, this is how things are going to work.”

A woman who had worked with me heard of my distress and got me linked with a local printing company for part-time work. Then, an advertisement appeared in the community newspaper for a part-time position at the library.

By the time I answered the advertisement, dropped off my resume, and went for a visit, that part-time became full-time. Something was happening beyond my grasp, and it became clear throughout what seemed like a severe detour from my life’s path.

I should have known better. “The heart of man plans his way, but the Lord establishes his steps” (Proverbs 16:9). The Word told me what to expect, but like that desperate father, I struggled to truly trust:

“And it has often cast him into fire and into water, to destroy him. But if you can do anything, have compassion on us and help us.” And Jesus said to him, “‘If you can’! All things are possible for one who believes.” Immediately the father of the child cried out and said, “I believe; help my unbelief!” (Mark 9:22-24)

The fear I experienced could have been crippling—fear of failure, fear of poverty, fear of not having enough, fear of not measuring up to a new career. I’d spent years training to be a journalist, and suddenly, it all counted for naught.

Once again, I was wrong.

What seemed to be a temporary reprieve from joblessness has become, 10 years later, a new career, the rewards of which are far greater than I could have achieved had I stayed in newspapers. And I’m not referring to finances, but rather the connections with the community forged and the friendships cultivated.

Then there were the twin gifts of time to write and desire to write. Had I not been fired, I’m convinced I would not have finished my first novel. That published work became a catalog of more than 15, plus many short stories.

Throughout this detour, God has blessed me with new friends and a family of whom I’m always proud. Love and laughter have come from unexpected quarters.

Of what was I so afraid? We often can’t see through the storm to the clear weather coming.

Fear blinded me to a future that surpassed what I thought was achievable. The path I’d mapped didn’t suffer a detour—it was redrawn by the master cartographer, the one who knows the destination, even when I am behind a dozen hills and think I’m hopelessly lost.There’s a freedom in trusting God's hand to guide me, one that means I can cast aside fear. Click To Tweet It isn’t easy, but then again, this is the narrow way.

“And the world is passing away along with its desires, but whoever does the will of God abides forever” (1 John 2:17 ESV).

God, I am learning day-by-day to trust Your ways and Your detours. You see what I cannot, and You’re paving the best path for my life. Help me to slow down and realize that you are creating a future for me and my family that surpasses what I thought possible.

Write down and consider the detours that God has placed in your life. How have they moved you into a new direction? What new situations and people did they bring into your life? Encourage others close to you who feel like they are being detoured from the plans that they have made.

Steve Rzasa is the author of several novels of science-fiction, steampunk, and fantasy—with a bunch more in progress. His third novel, Broken Sight, received the 2012 Award for Speculative Fiction from the American Christian Fiction Writers. The Word Reclaimed was a finalist for that award. The Word Endangered and Man Behind the Wheel were also finalists for the Realm Award. He’s been a journalist and librarian, father and husband. 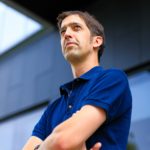